Why do you Tend to Eat More in Winters

Ever wondered why you desire to eat more during winters? Let’s find out.

Have you ever noticed as the weather turns cold, your craving to eat surges? Don’t worry there is nothing wrong with you, in fact, it happens with most of us. Our hunger seems to change as the days grow shorter even though most us have the advantage of climate-controlled offices and homes. So, why do we do it you ask? 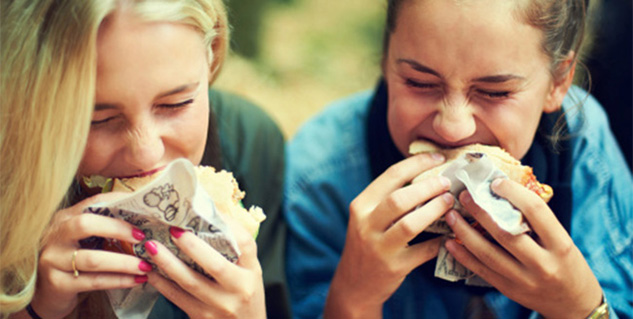 According to a study published in the journal Proceedings of the Royal Society B, as a result of evolution people now have subconscious urges to over-eat but limited ability to do anything to avoid becoming obese especially during winter.

Although there is inadequate supply of food in the natural world during cold weather yet our urge to maintain body fat grows even stronger. This explains the reason why people relish eating so much at Christmas or during the New Year Celebrations.

However, there is no development of any evolutionary mechanism that can help the people to control their lure of sweet, fatty and unhealthy food and avoid becoming overweight for understandable and sensible reasons.

According to researchers, why we don’t have an evolutionary mechanism yet is because in past being overweight has not presented as a significant hazard to survival compared to the dangers of being underweight.

Computer modelling was used to predict the amount of fat animals should store, by assuming that natural selection gives animals as well as humans, a perfect strategy to maintain the healthiest weight.

Dr. Andrew Higginson, the lead author of the study said that while the evolution is expected to have given people the ability to realise when they have eaten enough but instead they show little resistance to artificial foods because the modern food that we eat today has so much sugar and flavour the urge humans have to eat it is greater than any weak evolutionary mechanism which would tell us no to.

He further added that the model used for the study also predicts that animals should gain weight when it’s difficult for them to find food because storing fat provides an insurance against the risk of failing to find food, for pre-industrial humans was most likely in winter.