Weird medical conditions that will leave you in shock

Remember seeing a man with face covered with hair on National Geographic channel or Discovery channel, looking almost like an animal? If you thought it was some guy in a mask you were wrong. What you saw was a case of Human Warewolf Syndrome. Here are some weird medical conditions that will leave you surprised. 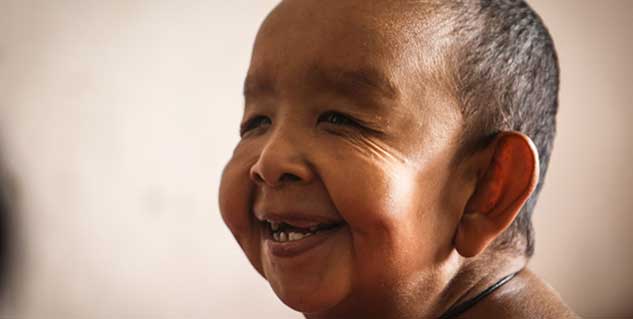 It is normal to have a certain amount of unwanted hair on the body but some people, regardless of the gender, are born with extra genes on a certain spot of the X chromosome that results in excessive growth of hair. This rare genetic disorder is called congential hypertrichosis AKA Human Werewolf Syndrome. The rarity of the disorder can be understood by the fact that only about 50 cases have been reported worldwide since the times of Middle Ages. Although treatment such as laser removal of hair is available but the hair usually grow back on the face and body.

Epidermodysplasia Verruciformis is an inherited skin disorder which is characterized by eruptions of wart-like lesions that may occur anywhere on the body. It basically has two types of lesions. One that are reddish brown in colour and have crusty surfaces and uneven borders while the second type commonly occur on sun-exposed skin and are often slightly raised having brown colour resembling tree bark.

These lesions are caused by infection with a subtype of human papillomavirus (HPV). In general, this virus does not cause any lesions but in people with Epidermodysplasia Verruciformis, the virus causes these lesions. It is considered a deadly disorder because it may turn into skin cancers. There is no cure available for this disorder but it can be managed with proper treatment which includes medication, surgery and counseling.

Also read : Meet the man who looks like a tree because of this rare disease

Hutchinson-Gilford Progeria Syndrome or commonly known as progeria is a rare genetic disease that causes young children to develop symptoms related with advanced age, such as baldness, wrinkles, cardiovascular disease and osteoporosis. The characteristics of this disease include prominent eyes, a thin nose with a beaked tip, thin lips, a small chin and protruding ears. The children with progeria begin to look older due to excessive hair loss, ageing skin, joint abnormalities and a loss of fat under the skin. This life threatening condition may lead to heart attack or stroke at a younger age due to severe hardening of the arteries in childhood.

Porhyraia is a rare disorder that may affect skin or nervous system. It may also cause severe abdominal pain. It is usually inherited which occur when abnormalities in genes get passed from parents to children. In porphyria, cells fail to change body chemicals called porphyrins and porphyrin precursors into heme, a substance that gives blood its red colour. Our body makes heme mainly in the bone marrow and liver. Although this rare disorder is not curable but it is managed with the help of regular blood transfusion.