The comforting diet soda which you bank on for the sake of your health is in fact just a popular culture fad. Know how diet soda can be harmful to your body in more than one way.

There is always that comfort about sipping on a diet soda, it will not “harm” the body like its evil counterpart. But, the facts say something else.

The diet soda fad has gripped popular culture in a huge way; everything is apparently fine when it comes to a diet drink. And why not, it can, after all, save you from about 140 calories that you would otherwise find in your sugary soft drinks.

But the staggering truth is that there is something more to this safe drink, while you may ward off some extra calories and in turn some extra weight, you are all the same inviting otherwise unwanted troubles. Extensive researches have been made regarding the diet version of your flavoured soda, and the results are quite repelling. 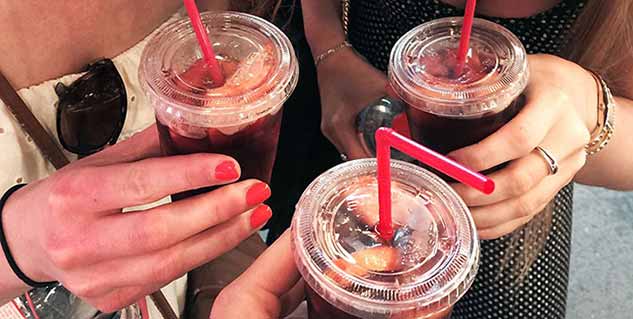 The risk of type 2 diabetes

Drinking diet soda has been associated with a 36 percent increased risk of metabolic syndrome and also diabetes. This research was done in the University of Minnesota. What we call metabolic syndrome is actually a bunch of physical problems, such as high blood pressure, elevated glucose levels, raised cholesterol, and also a larger waist. All these can put you at a higher risk of heart disease, stroke, and also diabetes.

It is associated with depression

A study that was presented at the American Academy of Neurology claims that over a course of 10 years, those who drank more than four cans of soda a day were 30 percent more likely to fall under depression. However, it is important to note that this was the case for both diet and sweet drinks, but the risk was greater in the case of diet sodas.

The artificially sweet sodas trend to have more intense flavour than your real sugar, and therefore it tends to dull the human senses to naturally sweet foods, such as fruits. In fact, the bad news gets worse because apparently, these artificial sweeteners used in your soda happens to have the same affect on your body as the ones containing sugar. They tend to trigger your insulin and this sends your body into the fat storage mode. This, of course, leads to weight gain, and so bad luck!

It is bad for your bones

It is a known medical fact that women over 60 are at a greater risk for osteoporosis than compared to men, and drinking soda, including the diet ones, can make the problem worse. It has been found by studies at Tufts University that women who drink soda have 4 percent lower bone mineral density in their hips as compared to women who do not drink soda. Also, a study published in the American Journal of Clinical Nutrition in the year 2006 found that both the diet and regular version of a soda can lower bone mineral density in women.

Your aching head has much to complain about, it is time you listen to it! Studies on aspartame and anecdotal evidence happen to suggest that the artificial sweeteners present in your diet soda have the ability to trigger headaches in some people.

The truth is that just drinking one diet soda in a day can boost the risk of a stroke, and therefore, you must, by all means, shed your diet soda love and drink water to quench thirst.