World Hepatitis Day 2019: Understanding Hepatitis A and B

Both hepatitis A and B affect functioning of the liver. If diagnosed at the initial stage, the disease can be cured with the help of drugs. However, if left untreated it can prove to be fatal.

All the types of hepatitis A, B, and C cause a severe infection of the liver that could manifest as an acute icteric ailment or be diagnosed incidentally as raised transaminase levels. It is been noticed that most cases are detected only in retrospect on serological screening. Lesser people know the fact that Hepatitis B and C can persist as chronic infections too. Hepatitis can be segregated into 2 kinds, these are:

The ailment is mostly occurred by the attack of the virus. However, you will be shocked to know that the bacteria that leads to both the types of hepatitis are completely different. It is also noticed that sometimes, the ailment may also attack due to the harmful effects of medicines on the body. Hepatitis can prove to be fatal, as it is caused by the bacteria's attack. Hence, serious precautionary measures are advisable to all the patients.

A bacteria attack causes hepatitis A which is also known as viral hepatitis. The bacteria attack the liver causing the organ to swell. When the liver starts malfunctioning, it loses its ability to purify the blood. It can no longer filter the blood to separate the bilirubin content from it. Although hepatitis A is considered to be the least dangerous of all the types yet it remains a harmful disease due to his contagious nature. An infected person if comes in contact with a healthy person, there are very slim chances of the healthy person to stay unaffected.

How is it caused?

When a healthy person is transfused with infected blood, he is put at a risk of catching the virus. Use of infected syringes also can also make a person vulnerable to the disease. Consuming Shellfish can also cause the disease. 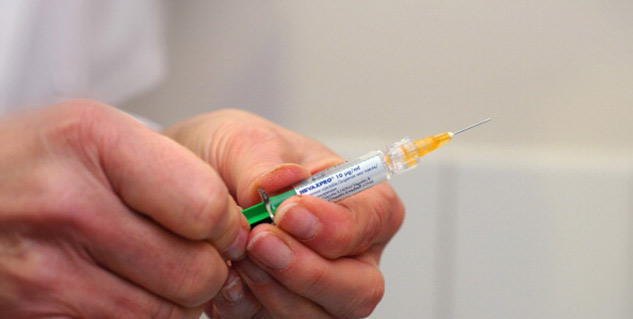 Symptoms of Hepatitis A

The symptoms of hepatitis A are similar to that of Polio:
•    Fever
•    Shivering
•    Loss of Appetite
•    Vomiting
•    Body ache
•    For smokers, developing a dislike towards cigarettes
•    At later stages of the disease, knees begin to ache and feet become swollen

•    Take vaccines for hepatitis A prevention and take care of your hygiene
•    Stay away from contaminated food and water
•    Wash hands each time you use a washroom
•    If you come in contact with an infected person’s blood or body liquids make sure to clean yourself properly.
•    Wash your hands before and after changing clothes
•    Clean your hands before serving food Hepatitis B, which is also known as serum hepatitis, is mainly caused by a virus attack. This type can mostly be found in drug addicts and in people who have physical relations with more than one partner. This disease spreads like an epidemic in people who indulge themselves in unnatural sex. Due to these factors, hepatitis B is considered to be more dangerous than hepatitis A. As a result of this disease, many people suffer from cirrhosis of liver.

Symptoms of Hepatitis B