Watch Out! Tobacco Consumption Can Cause These Chronic Gum Diseases

Consuming tobacco can cause various gum diseases that may develop into cancer over time. Read about them & their symptoms here.

“Smoking kills” or “Tobacco consumption leads to cancers” are standard catchphrases on the wrappers of cigarettes and/or related products. However, consumers seem to neglect or blind themselves to such crucial lines and go ahead with their habitual practices resulting in detrimental health issues. It could affect every system in the human body, and ‘mouth’ being one of the major outlets to initial damage. Scientific data provides ample evidence that tobacco consumption could lead to a variety of dental problems like bad breath, tooth staining, increase in tartar formation resulting in gum disease, infection in the salivary glands, delay in the healing process after tooth extraction, increase chances of developing oral cancer etc. Dr. Jothi Varghese, Professor & Head of Department of Periodontology at Manipal College of Dental Sciences, Manipal Academy of Higher Education explains various gum diseases that can be caused due to tobacco consumption.

Any form of tobacco ingestion either through smoking cigar, pipe, cigarettes, e-cigarettes, smokeless tobacco products (like snuff and chewing tobacco etc.) contain toxic chemicals which could cause oral changes that range from harmless soft tissue alterations (at the initial phase) to life-threatening oral cancer.

Tobacco consumption versus risk to your gums

Smokers have double the risk of gum disease (Gingivitis) compared to non-smokers and are four times more susceptible to progress into an advanced form, known as Periodontal disease or Periodontitis. This is a slow inflammatory process that affects the tissues and bone surrounding the teeth. The possibility of developing the disease is intensified by the frequency of tobacco usage. 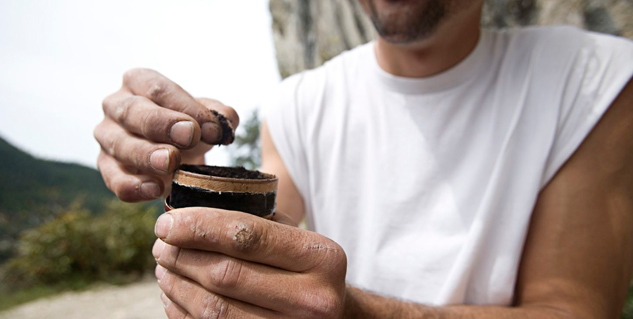 Ill-effects of tobacco on your gums

In a normal individual, the presence of gum disease is detected as red, swollen/puffy gums which may bleed on brushing. However, a very interesting feature observed in smokers is the lack of these ‘indicative hints’. The gums may look deceptively healthy, misleading one to believe that they may not have any disease. This can be attributed to the narrowing of blood vessels caused by nicotine, a chemical content present in tobacco. The amount of tobacco smoke also tends to increase the pigmentation of the gums which is observed both on the upper and lower jaw, termed as Smoker’s Melanosis. More commonly seen in cigarette and pipe smokers. 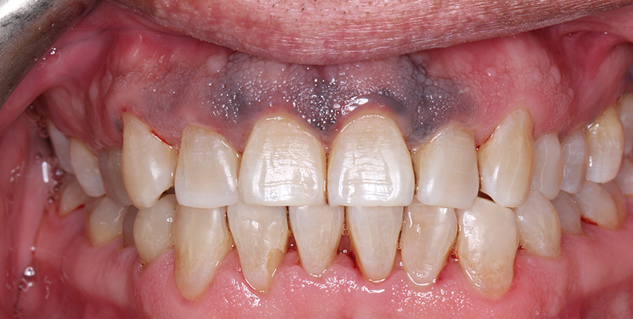 Scientific reports provide evidence that there is the greater amount of bone loss around teeth in smokers compared to non-smokers. Eventually, the bone and tissues surrounding the teeth undergo destruction, losing their functional strength. In due course, the gums begin to recede (termed as Gingival recession), exposing the root of the tooth causing sensitivity (discomfort on taking sweets, hot food or cold beverages). These extended symptoms can further weaken the overall tissues, resulting in tooth loss. Progressively, the individual will acquire esthetic and functional issues.

Another lesion often documented on the gums and oral tissues of persistent tobacco consumers is Leukoplakia. These are thickened, white patches form on the gums, the insides of your cheeks, the bottom of your mouth and, sometimes, even on the tongue. These patches are noncancerous (benign), though some show early signs of cancer.

Furthermore, the sheltered use of smokeless tobacco on gums produces specific alterations in the mouth. The area looks whitish and wrinkled compared to the healthy tissue. The severity of lesion depends on the quantity of smokeless tobacco used and the amount of time it contacts with the tissues. If the individual stops the habit the appearance of the oral tissue can return to normal in two to six weeks. 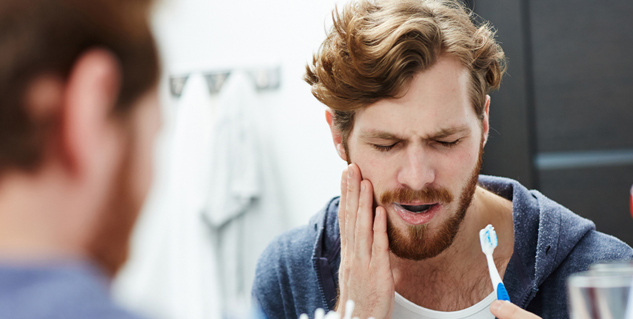 Also Read: Do You Have Swollen Gums? Here Are Some Natural Ways To Get Aid

Facts you should know about tobacco consumption and gum disease

Healthy mouth is the gateway to a healthy life. Visit your dentist regularly to know how your oral health is doing. Tobacco consumption should be stopped if you can as it is injurious and can cause oral, mouth and throat cancer.