Jeff Bezos, the richest man and founder of Amazon, has announced his divorce with his wife. Despite their problems, they are splitting from each other on good terms. Take cues from them on how to have an amicable split despite the odds.

Jeff Bezos, the richest man and founder of Amazon, has announced his divorce with his wife. The reason behind the split is believed to be Jeff’s 8-month affair with another woman. Reportedly, the two of them did not have a prenuptial agreement (an agreement made by the couple before their marriage to divide the ownership assets) and this may end up with MacKenzie getting half of the fortune – estimated at $130 billion.

Despite the problems, they are splitting from each other on good terms and have a cherished friendship. Here are some tips on how to have an amicable split if you guys are thinking of getting a divorce. 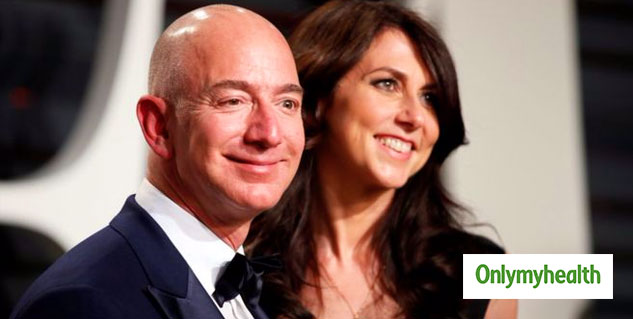 Also read: 5 Secrets to a Healthy and a Successful Relationship

An Honest Understanding of Where it Went Wrong

After spending so many years and time together, it is definitely not easy to let go of that one person who was so dear to you once. Divorce can trigger the feelings of anger, resentment and disappointment, and you might feel like blaming each other or about revenge. But this is not going to help you in any way, instead think of taking an alternate of having an honest understanding of what went wrong in your relationship.

One of the most common mistakes people make when it comes to a relationship is that each one of the partners tries to take hold of the situation. This is what ruins a relationship in the first place but if you guys have already decided to get a divorce, then try to incorporate this rule now to settle the divorce in a collaborative way.

Be Fair on the Divorce Agreement

Getting more than what you should in a divorce agreement might seem tempting, but this is not what you should aim for. Selfishness and revenge can overpower your decision, especially when you feel that you have been wronged. Take the higher road and settle for your fair share. If you aim for something else, it might lead to feelings of resentment and further ruin the situation.

Think of the Future

Divorce does not mean the end of the world, it might seem so but it’s really not. Some things are better left in the past. Believe it or not, it will all start making sense gradually, so do not let the feelings of guilt, failure and shame enter your mind. Everything in life teaches you something and helps you grow as a person. Focusing on your future will not only take you towards an improved life but also settle things on friendly terms.