According to a new study that is being considered the most conclusive, red meat potentially increases the risk of type 2 diabetes in people.

Does that hunky piece of steak make you salivate? We say beware because according to a new study that is being considered the most conclusive, red meat potentially increases the risk of type 2 diabetes in people. Carried out at the Harvard School of Public Health (HSPH), the data collected for the study was more than extensive. 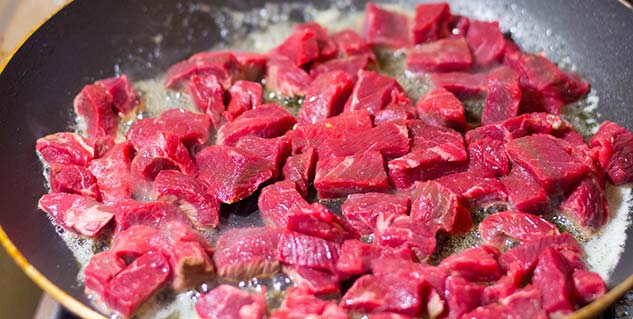 Researchers looked at data collected for the Health Professionals Follow-Up Study, which included questionnaires answered by around 37000 men and monitored for over 2 decades, another study conducted by the Nurses' Health Study I which looked at the life of 79570 women for a period of 28 years and finally the data accumulated for the Nurses' Health Study II which monitored 87,504 women for 14 years. All this data was then compared with other conducted studies and the total number of 442,101 samples. Amongst this gigantic number, 28,228 had developed type 2 diabetes.

Lead researchers of the study are of the opinion that this study quite conclusively proves that eating red meat increases one’s risk of contracting the most widely occurring lifestyle related disease; diabetes. For example, eating one portion or 100 grams of red meat on a daily basis increases the risk of type 2 diabetes by 19% and the if one consumes only 50 grams of processed red meat on a daily basis then the same risk is increased to 51%.

In order to shunt this alarming threat of type 2 diabetes, experts are opining that people shift to healthier substitutes for meat such as whole grains, nuts and low-fat dairy products. In fact if one switches to low-fat dairy instead of red meat then the risk of type 2 diabetes is reduced to 17%. In the same way nuts reduce the risk of diabetes by 21% and whole grains reduce it to around 23%.

Although it is long promoted fact that red meats are a powerhouse of proteins as they are clubbed with other options such as beans and fish, one must understand that apart from providing proteins, red meat also increases the risk of diabetes. This knowledge is of utmost importance because medical experts around the world are giving prominence to the fact that type 2 diabetes is in fact becoming a global threat and it is largely spreading due to our unhealthy eating habits and sedentary lifestyles.

Fact file: Chicken is as harmful as red meat because the levels of cholesterol present in chicken is nearly the same as that of red meat. Therefore, when you think of making the switch, switch to something healthier such as fish or nuts!