The recent death of television actress Pratyusha Benerjee has caught everyone inside and outside the industry off the guard. We are suddenly discussing about suicides and depression, and how mental health play a pivotal role in the grand

The recent death of television actress Pratyusha Benerjee has caught everyone inside and outside the industry off the guard. We are suddenly discussing about suicides and depression, and how mental health play a pivotal role in the grand scheme of life. Mental illness is not something that can easily be perceived from the outside, most often they are deeply affecting a person without really bringing about any change in his or her appearance. 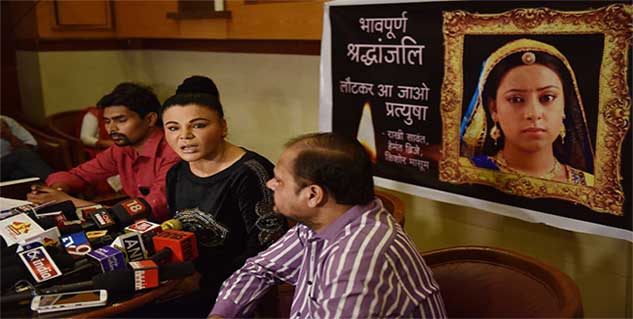 It is important to understand that mental illness is real and it is not some hogwash which can be healed with lively music. It is a shame that people put aside mental health issues and choose to ignore it when the reality of it is taking lives every day. It takes a celebrity death to come to terms with something as serious as this, but we should take note before it goes out of hand. Understand what the problems related to mental health is.

About 800,000 people commit suicide every year

According to the World Health Organisation (WHO), about 800,000 people commit suicide every year from depression. In fact, there are indications that for each adult who died of suicide there may have been more than 20 others attempting suicide. 75% of suicides occur in low- and middle-income countries. Mental disorders and harmful use of alcohol contribute to many suicides around the world. Early identification and effective management are key to ensuring that people receive the care they need.

A common misconception among people is that mental health is not a very serious issue. Everyone tends to think that he or she is doing fine and is not affected by mental illness. The truth of the matter is that mental health can impact you more often than not. Suicide is one of the leading causes of death and this is pushed by degrading mental health.

Mental Health patients are not violent

The common consensus is that children do not suffer from any sort of mental illness. However, the truth is that children can too be affected mentally and parents need to take special caution in this regard. Young children may show warning signs of a mental disorder and this can be caused due to biological, psychological and social factors. If children are given an early support for their mental health illnesses, much of the problem can be averted when they grow up.

A depressed mind is a complicated mind, not necessarily insane. But social stigma causes men and women to steer clear from taking any sort of mental or medical help. This stigma can lead to abuse, rejection and isolation and exclude people from health care or support. Within the health system, people are too often treated in institutions which resemble human warehouses rather than places of healing.