Researchers from the National Institute of Health, Washington in the US have discovered a human antibody that helped to prevent malaria infection in mice by binding a protein in almost all the strains of the parasite worldwide.

Researchers from the National Institute of Health, Washington in the US have discovered a human antibody that helped to prevent malaria infection in mice by binding a protein in almost all the strains of the parasite worldwide.

According to the study, the antibody called CSI4 is better at protecting against malaria than any antibody described prior to this discovery.

Scientists believe that the paired findings of both the antibody and the site it targets on the surface protein could pave new ways for malaria prevention.

Marie Pancera from Fred Hutchinson Cancer Research Center said that if the experiment proves to be effective in human, then it will be possible to give the antibody directly to the people and would potentially protect them from malaria. 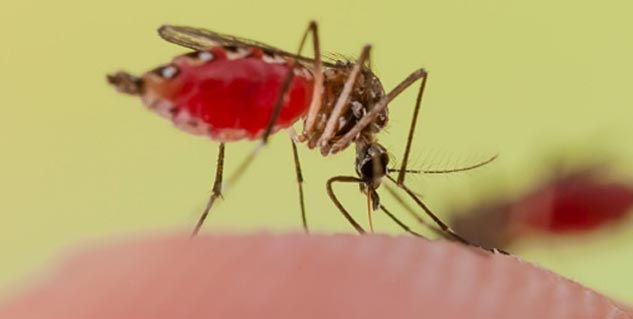 Researchers suggest that preventive malaria drugs available to humans must be taken daily to protect themselves from the disease.

According to reports, malaria kills around 445,000 people in a year and sickens more than 200 million people, especially young children.

The study was published in the journal Nature Medicine.

Malaria is a disease transmitted by the bite of an infected Anopheles mosquito. Malaria causes symptoms such as sweating, fever, tiredness, headaches and, chills. Some people may show symptoms such as fast heart rate, diarrhoea, or vomiting.

It is a life-threatening disease that may affect your brain and cause mutation. The symptoms may act up in a few days and become fatal; therefore one must immediately go for artificial treatments.