The Union Health Ministry on Thursday said that it will reach out to nearly 34 crore children across India, including in private schools, as part of the National Deworming Day (NDD) initiative on Friday.The children will be in the age group of

The Union Health Ministry on Thursday said that it will reach out to nearly 34 crore children across India, including in private schools, as part of the National Deworming Day (NDD) initiative on Friday.The children will be in the age group of 1-19 years in government and government-aided schools, anganwadis, and private schools across the country, the ministry said. 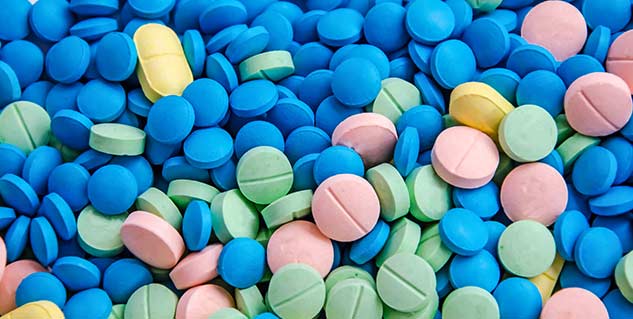 "Close to 34 crore children will be reached out as part of the National Deworming Day initiative on February 10. For the first time it will include private schools as well, unlike last year where we covered government schools as part of the project," said Union Health Secretary C.K. Mishra here.

He said that a mop-up day will be held on February 15, 2017, to deworm any child who could not be contacted on the National Deworming Day.

As part of making the efforts effective, Union Health Minster J.P. Nadda has also sent letters to the Chief Ministers of all states/UTs and all members of the Lok Sabha and the Rajya Sabha for their assistance in key tasks related to NDD.

"Pre-school and school-based deworming programmes are globally recognised as a 'development best buy'. Deworming with the safe and beneficial Albendazole 400 mg tablet is an effective solution to controlling worm infections," said Mishra.

According to the ministry, India has the highest burden of worm infections in the world, with the WHO estimating in 2014 that over 22 crore Indian children aged 1-14 years are at risk.

Intestinal worm infections can act as a deterrent to children's growth and development, and can adversely impact performance in school, and livelihood potential later in life.

Under the NDD programme, a coordinated effort is rolled out across the country with tablets, communication material, and reporting forms delivered to the very last school and anganwadi well in time for the deworming programme.

Officials and functionaries at all levels are trained, including teachers and anganwadi workers, who are pillars of the programme.This results in lakhs of anganwadi workers and teachers, who are trusted by the community, administering the deworming tablet to crores of children on a single day across the country.

"Deworming may have very few side effects and some children, especially those with high worm infections, might experience nausea, mild abdominal pain, vomiting, diarrhoea, and fatigue. In line with the guidance from the Health Ministry, comprehensive adverse event protocols have been put in place," said Mishra.

"Apart from being dewormed, maintaining healthy and hygienic practices will help children and communities remain safe from worm infections," he added.

In the last three phases the ministry has reached out to nearly 40 crore children under the NDD.