According to the National Institute of Cancer Prevention and Research, 2.25 million people are living with cancer in the country. An estimated 9.42 percent of women in India are at risk of developing cancer after the age of 75.

According to the National Institute of Cancer Prevention and Research, 2.25 million people are living with cancer in the country. An estimated 9.42 percent of women in India are at risk of developing cancer after the age of 75.

As reported, the top five cancers that affect Indian women include breast, cervix, lung, gastric and oral cancer. We can prevent these cancers by learning about them at an early stage and take necessary precautions.

Cancer is a group of diseases, involving the abnormal cell growth with the potential to invade or spread to other parts of the body. 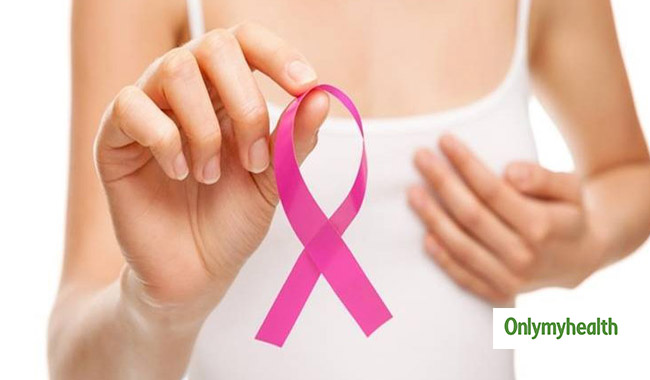 This is the number one type of cancer affecting women in India today. This is a type of cancer that develops in the breast cells. It develops either in the lobules or the ducts of the breasts. A lump is the most common symptom of breast cancer and some other cancers include redness or swelling of breast tissue, scaly skin around the breast, change in the size of the nipple, nipple discharge, and lump near armpits or around the neck.

Also read: Signs of Blood Cancer You Should Watch Out for

Cervical cancer is malignant cancer which occurs when cervix’s cells grow in an abnormal pattern. It begins in the cervix (the lower part of the uterus that opens into the vagina). Majority of cervical cancers are caused by a virus known as human papillomavirus (HPV). It can be transmitted through sexual contact as well.

Lung cancer is one of the leading causes of cancer deaths in women. It occurs at a slightly younger age in women than in men. Lung cancer can be primary or secondary stages. When it originates in the lung, it is known as ‘primary lung cancer’ and if starts somewhere else and spreads to the lungs, it is called ‘secondary lung cancer’. Some symptoms which may occur in a person with lung cancer include a recurrent cough, chest pain, shortness of breath, blood in cough, hoarseness of voice and fever.

It is cancer in which a malignant tumour developing in the lining of the stomach. Initially, it does not cause any symptoms even until they are quite advanced. Some of the symptoms might include pain or discomfort in the upper abdomen (especially after eating), indigestion, feeling sick, sudden weight loss, loss of appetite, and bloody stools.  These symptoms help the doctor diagnose the problem better.

Oral cancer develops in the tissues of the mouth or throat. Oral cancers include cancers of the lips, tongue, the inner lining of the cheek, gums or floor of the mouth. One of the biggest risk factors of oral cancer is tobacco use and alcohol consumption.

Symptoms of oral cancer include a sore on the lip or mouth, bleeding from your mouth, loose teeth, pain or difficulty swallowing, a lump in the neck, jaw pain, tongue pain, red patches in the mouth and dramatic weight loss.