Over the last 100 years, men’s average height has increased by 4 inches- a new European study has reported. One reason could be decline in infant mortality.

A European study has found that men have grown four inches taller than they were 100 years ago. Between the mid-nineteenth century and 1980, the average height of European males increased by an unprecedented 11cm, researchers said. 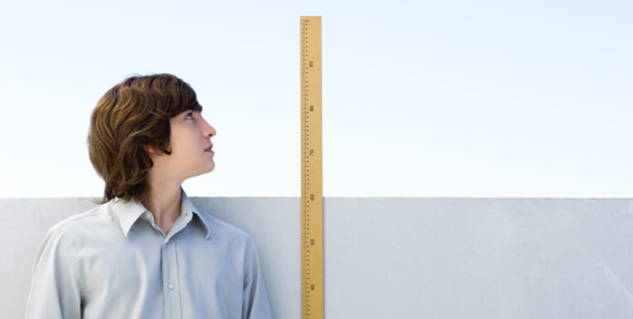 The evidence suggests that the improving disease environment, as reflected in the fall in infant mortality, is the single most important factor driving the increase in height, they said. The study surprisingly revealed that average height actually accelerated in the period spanning the two World Wars and the Great Depression.

Timothy J Hatton, Professor of Economics at the University of Essex and the Research School of Economics at Australian National University in Canberra, examined and analysed a new dataset for the average height (at the age of around 21) of adult male birth cohorts, from the 1870s to 1980, in fifteen European countries.

"Increases in human stature are a key indicator of improvements in the average health of populations. The evidence suggests that the improving disease environment, as reflected in the fall in infant mortality, is the single most important factor driving the increase in height. The link between infant mortality and height has already been demonstrated by a number of studies," Hatton said.

One possible reason, alongside the crucial decline in infant mortality, for the rapid growth of average male height in this period was that there was a strong downward trend in fertility at the time, and smaller family sizes have already been linked with increasing height, researchers said.

Other factors in the increase in average male height include an increased income per capita, more sanitary housing and living conditions, better general education about health and nutrition and better social services and health systems, researchers said.

The study was published in the journal Oxford Economic Papers.