Most people choose yoga for benefits it poses to the body, but many don’t realise its advantages for the brain. Sound mental health is essential for a happy living and can be achieved through easy yoga poses.

When you choose yoga, you do it for an unspoken promise that comes with it: It will help you breathe and stretch, and make you feel better. It provides some level of physical, mental, and spiritual relief to people practising it.

Most people associate yoga with a toned body but it can be much more than that. It is much more than an exercise routine that puts emphasis on healthy living, strength and flexibility. Yoga can help you deal with the struggle that you are putting up against an ongoing psychological issue. Yes, yoga can heal much more than just your body; it can heal your mind and its problems.

Most people resort to eating or gulping the wine or staring in the zero to escape feeling blue. They could turn to their yoga mat instead. The connection between meditation and breathing exercises helps in stress reduction, which is the foundation of an improved mental health.

Practising yoga increases your blood circulation which in turn delivers more oxygen to your body parts, including the brain. A combination of physical poses, breathing techniques and meditation helps in reducing anxiety and depression, runaway emotions and exaggerated stress response.

This idea is supported by a research review out of Duke University. “We found that both the aerobic components of yoga as well as its meditative aspects relieve the symptoms of several major psychiatric disorders,” explains study review co-author Murali Doraiswamy, MD, a professor of psychiatry at Duke’s School of Medicine.

Further, she explicates how yoga being aerobic in nature enhances blood circulation and boosts the release of endorphins. She also accepts that the meditative aspect of yoga can improve focus and attention while helping us relax. You could practise your favourite asana to feel better mentally. No single method is better than any other. You just have to invest 30 minutes, three times a week to feel a difference in the following problems:

It was recorded that in 69 elderly adults that three months of yoga reduced their depressive symptoms an average of 20%, and six months of it made them 40% less. Alcohol abusers can also benefit from yoga because it showed to be effective in alleviating depression among a group of 60 adults retrieving from alcohol dependence.

Read: How to Prevent Addiction to Substance Abuse Depressants or Sedative-Hypnotic Drugs? 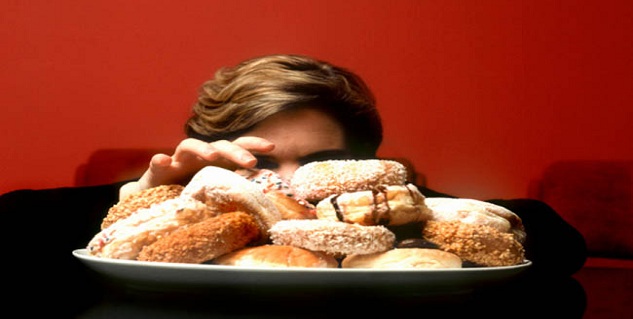 If you thought nothing could help your habit of overeating, try yoga this time. A group of 90 overweight women were seen to drop their binge eating habit by 50% after practising yoga for 12 weeks. Not just this, women who practise yoga, were 26% more likely to stick to their diet programs and were more physically active as compared to a control group.

Have you been forgetful lately? Do you struggle to find your everyday things? It is time you approach your problem the yoga way. Researchers found a significantly improved short-term memory, concentration, and multitasking among 30 adults who had practised yoga for eight weeks.

Lack of sleep is a common fallout of our stressed lifestyles and tends to affect more people than we think it does. A study recorded 28% improvement in the sleep quality of its 139 senior citizen participants who also experienced feeling sharper and less depressed during the day after practising yoga thrice a week for six months. Read: Fight All Symptoms of Schizophrenia with These Techniques

Schizophrenia is a challenging disorder that makes it difficult to distinguish between what is real and unreal, think clearly, manage emotions, relate to others, and function normally. It is a difficult mental condition and anything that seems to help people with it can be considered a blessing. Yoga is one such blessing. A study done on 18 schizophrenic adults found that practising yoga reduced aggression, improved their willingness to take medication, and relieved their symptoms of the disorder by 30%.

Usually, it is weight gain or a health issue that makes us add exercise to our daily routine. We don’t do it for our mood elevation or finding relief from symptoms that affect our happiness. But choosing an exercise like yoga that improves your quality of life by relaxing your mind is one of the best reasons of all.