How to help someone choking or in cardiac arrest

A person with cardiac arrest or choking should be provided instant treatment or at least a first aid. Maneuvers to relieve choking are frequently life saving. Emergency medical assistance should be sought in the case of a cardiac  arrest.

Facing life-saving situations isn’t an everyday affair, but prior knowing how to help a choking victim or someone suffering cardiac arrest might help you save a life and be a hero. 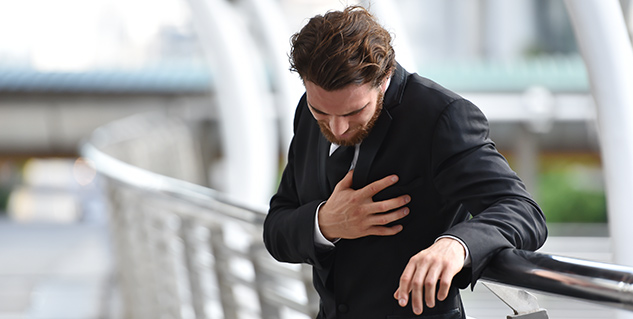 When a person suffers cardiac arrest, he lies motionless without breathing. He doesn’t even respond to questions or physical stimulation. Identification of cardiac arrest should lead to an impromptu treatment. If the patient isn’t answering to “Are you OK?”, you should turn his body face up and then use the “look, listen, and feel” approach. This will help you determine if the breathing has stopped. You should:

In case of an absence of the above factors, seek emergency medical assistance. Till the time help arrives, provide the following first aid to the patient.

Opening an airway in an adult

Performing chest compression in an adult

To do chest compression for cardiac pulmonary resuscitation, kneel to one side of the patient. Hold your arms straight and lean over the patient, placing both hands on top of the other just above the lowest part of the breastbone. Compress the patient’s chest about 5 centimetres (2 inches). The chest is compressed about 100 times per minute.

Performing chest compressions for an infant

In the case of an infant, place your thumbs side-by-side on the patient’s breastbone. Encircling hands is not recommended in this case because infants’ chest is very small. Again, if the patient is a newborn, overlap your thumbs while performing the chest compressions.

Performing chest compressions for a child

If the patient is a kid aged 8 years or less, place the heel of one hand just above the lowest part of his breastbone. Press the chest straight down and compress it about 2 inches.

Adults most often choke on large pieces of food while infants and toddlers choke on small, rounded foods such as peanuts or hard candies, because their swallowing reflexes aren’t well-developed. Children might also place inedible things such as toys and coins in their mouth and choke on them.

The first and most persistent symptom of choking is coughing. A weak breathing and problems in speaking follow. The person may gasp and experience facial flushing. Fainting or having seizure may also occur if choking isn’t relieved.

In most cases of choking, the person may not need medical attention at all. First-aid is often enough.

If an adult is choking, stand behind him and encircle his abdomen with your arms. You must clasp one hand with the other one. Place the hands halfway between the breastbone and navel and thrust the hands inward and upward. The patients will expel the object he is choking on with a strong cough.

Clearing a blocked airway in an infant

You should not attempt abdominal thrusts on an infant. Instead, hold the infant facedown with his chest resting on your forearm. Then, strike the infant’s back between the shoulder blades. Turn the infant face up with his head lower than the body. Place two fingers on the infant’s breastbone and thrust inward and upwards.

The infant is weak and while your strikes should be firm, make sure not to apply too much pressure which may cause injuries to his sensitive organs.
Image Source: Shutterstock