High Cholesterol Causes And Treatment: Could Increase Risk Of Some Strokes

HIGH cholesterol affects almost six in ten. Here's how to work out if your levels are healthy or not – and when to see a doctor.

Total cholesterol levels normal range chart: Cholesterol is a waxy and fatty substance, generally discovered in your blood. Cholesterol is needed in the body to maintain the metabolism and build healthy cells, as it helps it in working smoothly. However, if it is present in high amount (more than needed), then it can cause serious health hazards. Maximum times high cholesterol is ignored by the patients and sometimes it is left undiagnosed.

What do you understand by high cholesterol?

High cholesterol is one of the biggest health concerns around the world. Especially for those who are fighting the disease have an exuberance of lipid in their bodies. This lipid can cause various other health concerns. However, it needs to be stuck to the proteins so they can pass through the blood. LDL is the abbreviation for low-density lipoproteins. High LDL level is the cause of the buildup of cholesterol in your arteries.

Usually, cholesterol in the blood is estimated in units called millimoles, which is per liter of blood. Its abbreviation is called mmol/L. The following is a general guide of total cholesterol levels in the body.

A general guide to Low-density lipoprotein levels in the body

Signs and symptoms of high cholesterol 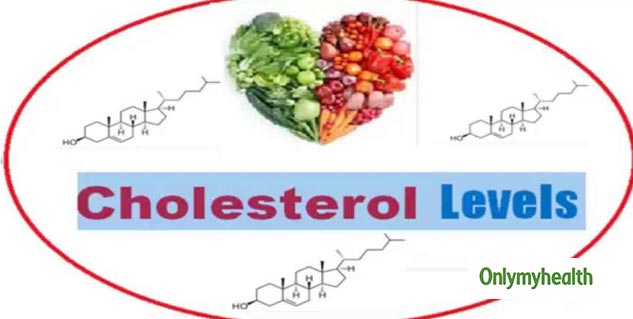 READ: Managing Sickle Cell Disease: Here’s What You Should Know About SCD

It is seen many times that those who have high cholesterol are completely unaware of what to do. Moreover, cholesterol depicts no such signs or symptoms, therefore it often gets unnoticed.

How is cholesterol diagnosed?

The first and the foremost thing is to make several changes in your meal plans, which not only lower your cholesterol level but also decrease the danger of heart attack. Doctors and dieticians recommend planning foods that are high in unsaturated fat. Saturated fat is really a curse for your health, instead one should consume unsaturated fat (quantity of such fats should be guided by the doctor). Saturated fats are prone to the danger of clogging the arteries.

READ: Eating Disorders Types And Symptoms: Here's All You Need To Know

Foods that have unsaturated fat

Results also indicated that those aged between sixty and sixty-four were most at the maximum danger.