The amount of time that a human infant takes to become independent and self-sufficient is far more than that taken by offspring of any other mammal or primate. Thus an elaborate apparatus of interwoven relationships and associations is needed for

We humans are social animals, not by choice, but by compulsion. The amount of time that a human infant takes to become independent and self-sufficient is far more than that taken by offspring of any other mammal or primate. Thus an elaborate apparatus of interwoven relationships and associations is needed for upbringing and maturing in humans. 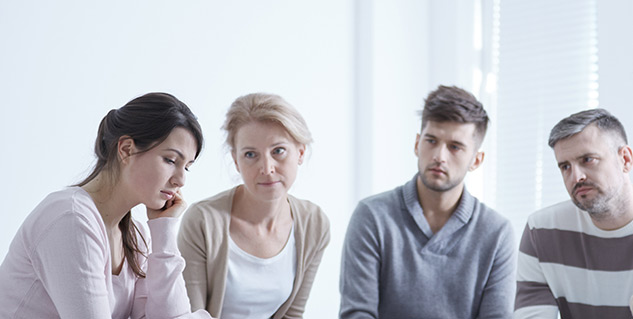 With time, evolution favored this point in every coming ‘human generation’, and thus the need for society eventually became a desired human attribute. But can the same ‘society’ be a cause of pain and trauma as well? The answer is ‘YES’.

Out there are many people whose minds, for various reasons, are host to a terrible battle between ‘a pressing need to be social’ and ‘a tendency to shy away from it’. They are victims of a phobia – a disproportionate fear-reaction to a stimulus – of social role-play.

They are uneasy in social setups, clueless in initiating conversations, awkward in responding to greetings, and avoidant towards facing strangers. Moreover, on extreme, such people can become highly anxious, fearful and pathologically loners. So what are the solutions? Here are some:

Learn to focus on the other person

More often than not, the best way to find a solution to intrapersonal and interpersonal problems is to redirect the mental spotlight. Yes! Rather than thinking about your own complexes, insecurities or discomfort; learn to be genuinely interested in knowing the other person. This shift will take your attention away from your conscious shy self and will direct your mental faculties towards observing and understanding the other person.

For example, let’s take ‘Social Intelligence’. Social Intelligence is ‘Observing nonverbal behavior to understand emotions’. So, by being more observant towards the unsaid, that uneasy feeling of ‘being out of place’ can be resolved. Consequently, rather than being intimidated by people, you would be more interested in them.

Work on raising your self-esteem

The roots of such idiosyncratic behavior often lie either in a person’s genetic ancestry or in some unresolved issue from a person’s early childhood. Now, this disposition is not one’s destiny. It can be fought pretty effectively through raising one’s self-esteem by means of developing a talent, endorsing a cause, or nurturing an underdog entity.

For example, there are people who can never sell anything to any person. But while asking for help for earthquake victims, they suddenly discover an assertive and persuasive self. And this happens because then they are operating from a level of risen self-esteem. After all, ‘to give’ gives a greater high than ‘to get’.

Any attempt to change in one’s personality should always be gradual and methodical. It is because a person’s psyche gets built over a period of time, and though there can be inflection points in one’s life journey or personal growth, a change that would be ‘there to stay’ would take time to mature. That’s why in the name of ‘breaking the shackles’, one shouldn’t go overboard.

For example, suppose that an introvert diffident teenager is exaggeratedly motivated by his near ones to go to a hip party for reclaiming his confidence. Now, this could go really messy, because the boy would unnaturally push himself into a realm relatively unknown to him. While any failure while doing so would make a big dent on his psyche, on the other hand, a success in doing so would also set an unusually high benchmark that would only give him more ‘performance anxiety’ for future role-plays.

There is a healthy chance that the conditional confidence would eventually rub off on a person’s representation in other domains of life. So, it is good to start from a zone that increases one’s familiarity with extroversion in a substantiated manner. This relieves you of the pressure to think on your feet or try an impromptu take.

For instance, there are actors who are very shy but with the dialogues well prepared, they come into their own in front of the camera. And then there are academic counselors who find themselves helpless in initiating a discussion but with a well-rehearsed script for talking about a course and resolving queries, they look kings of their own backyard.

An experienced coach, a trusted mentor, or a trained psychoanalyst can play the all-important role in one’s journey of redemption; especially if the above-given ways have not produced significant results. Sometimes, by sheer uninhibited sharing with someone who can bring a fresh ear is a great assistance.

And if that person, with his or her professional expertise, can introduce you to new perspectives or help you learn to see yourself in a new light, then such intervention can really make a marked difference.

Well! Whichever the way, one thing is for sure, it is important to address social phobia. When you have only one life, then you can’t keep suffering in a self-inflicted agony. Step-out step-by-step and reclaim your life.