Half way success in tuberculosis eradication across the world

On world tuberculosis day, United Nations Secretary-General Ban Ki-moon calls for the end of this disease.

It is expected that tuberculosis will claim life of around 1.5 million people this year and complete eradication may be achieve

On world tuberculosis day, United Nations Secretary-General Ban Ki-moon calls for the end of this disease.

It is expected that tuberculosis will claim life of around 1.5 million people this year and complete eradication may be achieved by year 2030. 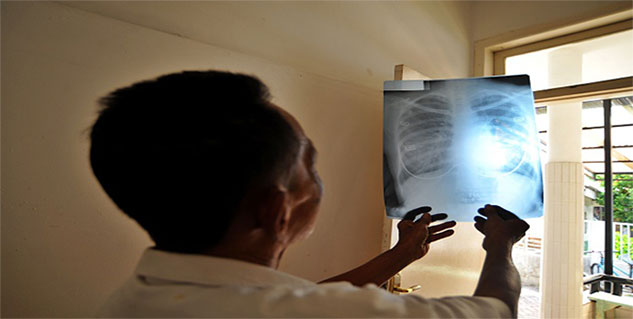 In last 15 years efforts made for tuberculosis diagnosis, prevention and treatment has saved lives of approx 43 million people which reduce the mortality rate to half. The Millennium Development Goal (MDG) determined by WHO has been achieved which target to reverse the
TB  incidents.

But we still have half way to go.It is reported that this year itself have affected the lives of about 9.6 million men, women and children, and 1.5 million people are at risk to  lose their lives.


In year 2015, the UN General Assembly adopted the 2030 Agenda for Sustainable Development to eradicate the disease from most vulnerable. The poor and socially backward people who lack access to health facilities will be covered in this agenda. This agenda also focus on elimination of poverty and certain diseases like AIDS.
WHO reported the disease to be prevailed in countries like India, South Africa, Russia, Brazil and Viet Nam. In India the cases of multidrug-resistant TB (MDR-TB) is maximum which is causing hindrance in achieving target for a TB free India.