A massive outbreak of H1N1 Influenza seems to have taken over the country with the most prominent cases recorded in Jaipur, Rajasthan with more than 374 cases and over 24 deaths over the past two weeks.

A massive outbreak of H1N1 Influenza seems to have taken over the country with the most prominent cases recorded in Jaipur, Rajasthan with more than 374 cases and over 24 deaths over the past two weeks.

The state has begun screening people for flu symptoms around every swine flu case within 24 hours of a case being reported.

The additional director of Rural Health, Dr Ravi Prakash Mathur said that apart from increasing awareness by distributing pamphlets in the affected areas, a screening will also be done at hostels, schools, paying guest facilities and night shelters. 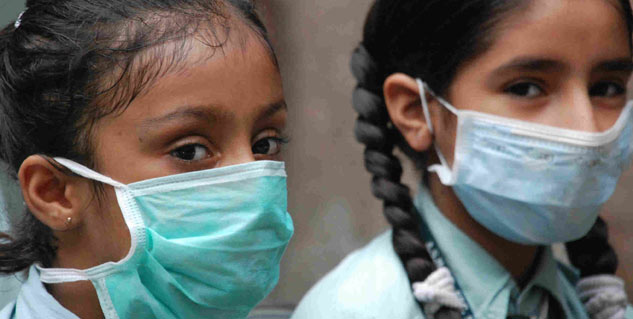 H1N1 Influenza, also known as swine flu is an infection caused by a virus. The virus is highly contagious and can spread from human to human.

Symptoms of swine flu in a person include a cough, fatigue, sore throat, fever, body aches, headache, and chills. It can affect neonatal and toddlers as well. Some signs in the babies and children include troubled breathing, fever combined with a rash, trouble waking up and intermittent fever.

Former Indian Medical Association president Dr K.K. Aggarwal said “Though the virus may be less dangerous, it is certainly more contagious. It is likely to infect more people who have not developed immunity to it yet.”

It is a self-limiting infection, with hospitalisation needed only for high-risk populations, such as people over 65 years and children.