4 Quick Myths and Facts about Belly Fat You Must Know

Belly fat can be be a hassle to get rid of, but it's about more than appearance. Having too much belly fat can put your health at risk. Know more about it.

Can following a certain diet reduce belly fat? Is there a particular food that you can add to your diet to help whittle your middle? And what about sit-ups ... do they really rid us of our bellies? Read on to find out the facts and myths about belly fat. 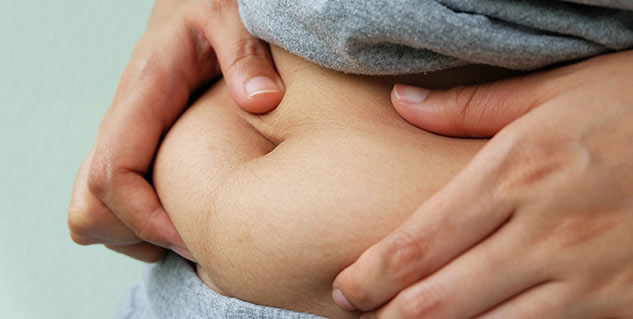 Fact: This may be true in controlled studies, but the largest analysis on this topic found that even the most promising scientific results have been "modest at best." Plus, you'd have to drink about seven cups of green tea a day to match the level of catechins (antioxidant compounds thought to be responsible for tea's fat-burning potential) given to people in clinical trials—and, many bottled beverages are so processed they're unlikely to contain any antioxidant activity at all. Green tea can be a healthy drink—and a calorie-free one, if you're brewing your own and not adding sugar—but don't expect to see weight-loss results just from this one dietary change.

MYTH: A calorie is a calorie (and fat is fat)

Fact: A 2014 study from Uppsala University and the Karolinska Institute in Sweden clears up this misconception once and for all: Researchers gave 39 men daily muffins made with either saturated fat (palm oil) or unsaturated fat (sunflower oil) for seven weeks. Both groups put on weight, but men in the saturated-fat group gained significantly more around their midsection. Those who ate the unsaturated-fat muffins, on the other hand, gained weight more uniformly across their bodies, and also saw a slight increase in muscle mass.

Fact: You've probably seen lots of estimates like this: Spin class blasts 600 calories an hour! Swim 20 laps to burn off that candy bar! But those numbers are just that—estimates—and depending on your metabolism, you may burn considerably more or less. Even two women of similar age and body-mass index may notice significant differences in calorie burn: A 2013 University of Pittsburgh study, for example, found that when African-American and Caucasian women were placed on the same diet and exercise routine for six months, the white women lost an average of seven pounds more. The black women had lower resting metabolic rates, the researchers found, and expended less daily energy. In order to lose the same amount of weight, they'd need to work out more or eat less.

MYTH: A big belly is fine as long as you have a healthy BMI

Fact: Although body mass index is currently the best indicator of whether someone should be considered overweight or obese, experts agree that it's not foolproof. Waistline, it turns out, also plays a major role in health outcomes: In a 2014 Mayo Clinic study, men and women with a large waist circumference were more likely to die younger (and more likely to die from heart disease, respiratory problems and cancer) than their slimmer peers, even when they had BMIs in the "healthy" range.

It’s no surprise to any of us that abdominal fat is bad for your heart and your lungs, but recent studies show that it's also detrimental to your bones. Scientists used to think overweight people (especially men) had stronger skeletons and were protected against bone loss as they aged.