4 Conditions (apart from depression) that antidepressants can treat

Antidepressant drugs are common prescriptions given to treat anxiety and depression. But, apparently they can also be prescribed for other, rather common medical problems.

Antidepressant drugs are common prescriptions given to treat anxiety and depression. But, apparently they can also be prescribed for other, rather common medical problems.

So, if you have been prescribed an antidepressant, you may not actually be depressed or vice versa. According to the National Center for Health Statistics, antidepressants are the third most prescribed drugs in America. Nevertheless, not all these prescriptions are for treating anxiety or depression. Data suggest that antidepressants are also recommended to patients by general physicians to treat an assortment of non-psychological conditions. 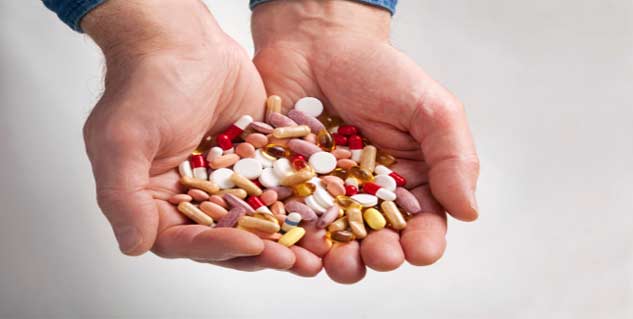 Following are some common and unexpected uses of antidepressants:

In today’s time when things are up and running 24/7, sleep problems can be tricky. Although, not approved by Food and Drug Administration (FDA) for treating insomnia, many antidepressants are being prescribed off-label. A clinical professor of psychiatry from Georgetown University Medical School in Washington, D.C-(MD).Norman E. Rosenthal said, “Common antidepressants used to treat sleep problems include trazodone, mirtazapine, amitriptyline, and doxepin. Sometimes these are more effective than ordinary sleep medications. They may not lose their effects over time and may be helpful for late-night insomnia, which ordinary sleeping medications often fail to help.”

Antidepressants these days are used to treat pain problems, but are not formally approved. There is also an ongoing research on how it helps in treating some pain related disorders. According to David Muzina, (MD), at the National Practice Leader for Neuroscience at the Medco Therapeutic Resource Center, a chunk of the evidence available on use of antidepressants for pain suggests that they are mostly prescribed to treat pain linked to diabetic neuropathy and fibromyalgia. “It is believed that the benefit is due not to the antidepressant’s effect on mood, but rather to the medication’s impact on transmission of pain signals through nerve fibers”, he further adds.

Antidepressants are not recommended to treat standard PMS, but if PMS is severe or confined to premenstrual dysphoric disorder (PMDD), antidepressants may then be prescribed as an appropriate treatment.

This proves that antidepressants are valuable medications that not only treat depression but several other everyday health problems. But, you must ensure you do not self-prescribe antidepressants.