Arun Jaitley Passes Away: Senior Bharatiya Janata Party leader and former Union Finance Minister Arun Jaitley died on Saturday after a prolonged illness. He was 66. Jaitley was admitted to AIIMS for a checkup at 11 am on Friday (August 9). Jaitley had been ill for a long time.

Jaitley was diagnosed with (soft) tissue cancer in the leg. The former finance minister was undergoing treatment at AIIMS under the supervision of endocrinologists, nephrologists and cardiologists doctors. Last year (2018), Jaitley had a kidney transplant, (he developed soft tissue cancer in the left leg). Jaitley went to the US in January this year for his surgery. During this, Railway Minister Piyush Goyal was given the additional responsibility of the Ministry of Finance. 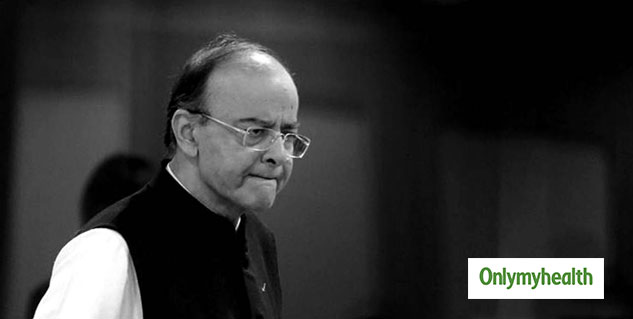 Arun Jaitley was born on 28 December 1952. He completed his early education from St. Xavier's School New Delhi and after that he went to Sri Ram College of Commerce, Delhi University. Jaitley also studied law from the Faculty of Law of Delhi University in 1977.

Jaitley became a member of the National Executive of the Bharatiya Janata Party in 1991 and then made him the spokesperson of the party before the 1999 general election. After this, he never looked back. Time passed and Jaitley's hold in the BJP grew stronger. He continued to rise to high positions in the BJP organization due to his efficient working style.

Arun Jaitley Ji was a political giant, towering intellectual and legal luminary. He was an articulate leader who made a lasting contribution to India. His passing away is very saddening. Spoke to his wife Sangeeta Ji as well as son Rohan, and expressed condolences. Om Shanti.

Council Of Minister In Vajpayee's Government

Arun Jaitley got his chance to join the Council of Ministers for the first time in the reign of Atal Bihari Vajpayee. He was appointed as the Minister of State (Independent Charge) for Information and Broadcasting in the NDA Government on 13 October 1999 for the first time. Along with this, Jaitley was also given the responsibility of Minister of State for Disinvestment (Independent Charge). According to political pundits, Arun Jaitley was made the Minister of Finance and Corporate Affairs at the Center(during and after 2014). After this, he was also the Defence Minister for some time. Jaitley also played an important role in bringing One Nation One Tax, i.e. GST.