Here are the Reasons Why Exercising Makes You Itch

When you exercise, your body releases histamine. Histamine sends itch signals to the brain, which means that an increased histamine production in your body could induce general feelings of itchiness, which seems to be

It is a common complaint but one that’s not often discussed. Just when your warm-up kicks, your body starts to scratch. But why? You could think your missed shaving session is giving you a stubbly effect, or it’s the sweating, or a strange skin reaction, or something more wicked. 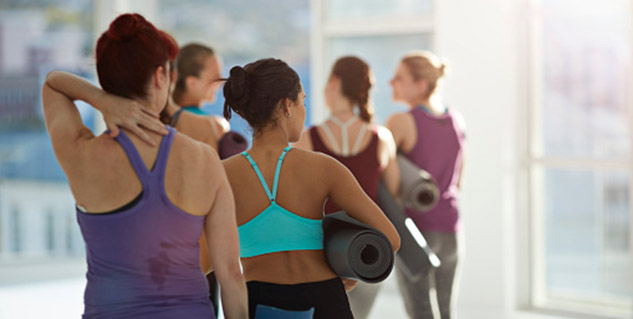 Good news: It is not an allergic reaction to your own perspiration because the concentration of salt in sweat is negligible, so it should not be a factor of itching. The itching during exercise could be due to two reasons:

Why exercising makes you itch?

When you exercise, the physical friction creates heat in the hard-working muscles. This heat spreads out, increasing your internal temperature. The body needs to get rid of this surplus core heat, so it sends more blood—which normally has a temperature of about 98.6º — to the relatively cooler skin, which is typically 80º to 90º. This excess heat makes the skin “think” that it is being injured. In self-defence, special skin cells release histamine, which in turn triggers itching. Histamine is the same inflammatory factor that causes the symptoms of seasonal allergies, such as a runny nose and itching rash.

Histamine is a known vasodilator; it increases blood flow to injured or infected tissues to help the immune system get at the problem area. And one Japanese study showed that histamine may be released during exercise to help protect the body against exercise-induced fatigue or exhaustion.

Unfortunately, histamine also sends itch signals to the brain, which means an increased histamine production in your body that could induce general feelings of itchiness, which seems to be what you’re experiencing.

A good experiment to see if this is a problem would be to try working out in loose-fitting clothes - to see if you go symptom-free. Another simple way to test this hypothesis is to take an antihistamine before working out to see if the itching stops.

There may be chemicals left from manufacturing of new, unwashed clothing, or from softener residue on the fabric after washing. You could also be reacting to some fabric materials used to make the stretchy exercise clothing, which some people are allergic to. An allergic reaction does not develop all of a sudden. There is often an insidious onset, which means that your body gets sensitive over time by being exposed to the allergen. Wash new clothes before wearing with mild detergent and no fabric softener.

Notice if the skin reacts to wearing only one or a few pairs of pants and compare fibre contents to see if there is a common culprit. You may also find 100-percent cotton fabric more comfortable than ones made with synthetics like polyester, Spandex, or Lycra.