A team of scientists that included an Indian researcher found that controlling bacterial infections that are responsible for causing typhoid fever can help in reducing risk of developing gallbladder cancer in India as well as Pakistan.

A team of scientists that included an Indian researcher found that controlling bacterial infections that are responsible for causing typhoid fever can help in reducing risk of developing gallbladder cancer in India as well as Pakistan. The findings have been able to establish a causal link between gallbladder cancer as well as bacterial infection, substantiating why this type of cancer is a rare occurrence in the West but commonly occurring in Pakistan and India. 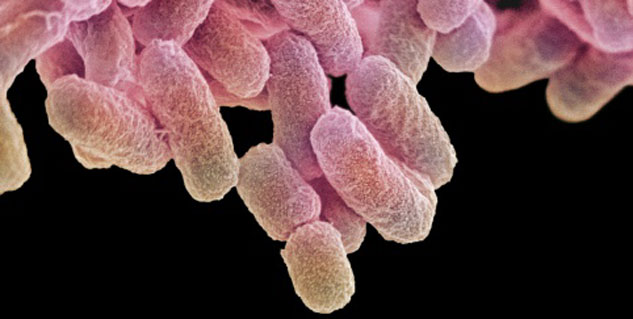 Jacques Neefjes from the Netherlands Cancer Institute and the researcher said that that if the typhoid causing bacteria called Salmonella Typhi is cured immediately, there may be a significant reduction in incidence of tumour that was also the third most common gastrointestinal tumour in Pakistan as well as India.

The researchers had set out to gain an insight into how the tumour can be combated by identifying the causal factors that underlie its unique distribution across the globe. They were able to quickly zero in on S Typhi because it is endemic in the country and has been for long associated with gallbladder cancer in several epidemiological studies.

Salmonella is responsible for injecting proteins that into host cells that activate cancer-related signaling pathways called MAPK and AKT. These pathways not only support bacterial infection as well as survival but also the growth and proliferation of tumourous cells.

So as to simulate the features of tumour samples from India, researchers transplanted Salmonella-infected cells with mutations affecting TP53 and a cancer specific gene into mice. The mice were later observed to have developed tumours, thus showing clearly that Salmonella causes cancer in those who are genetically at risk hosts. Gallbladder cancer is hard to be diagnosed at its early stages because it is asymptomatic. So, by the time it is detected, it is too late already.

The study paper was published in the journal Cell Host & Microbe.