Having a breathing problem is tough in itself, experiencing weight loss because of it can really shatter you.

Most people consider losing weight to be a good thing. Quite sadly, however, they do not think about the cause of weight loss, which are not always a good sign. For example, if a person has chronic obstructive pulmonary disease (COPD), losing a lot of weight may prove harmful.

Though research has not been very successful in reasoning out why one loses weight as a COPD patient, it has been proven that  out of four people with COPD, at least one is underweight. Weight loss may be due to muscle wearing by virtue of lack of exercise or increased use of energy to breathe in or loss of appetite due to medication or depression. 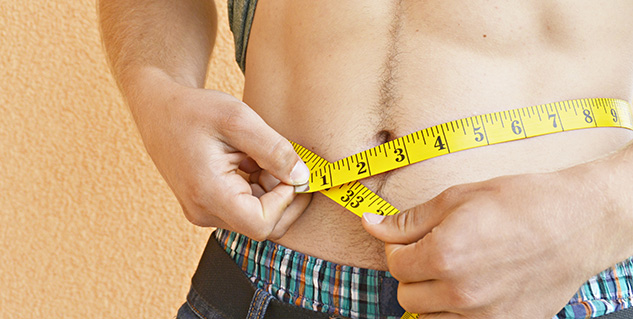 Whatever be the cause, one has to make an extra effort to eat enough nutritious food to maintain a healthy weight.

It has been observed that people with a severe case of COPD often lose a lot of weight. Such an excessive weight loss causes muscle breakdown and therefore makes you weaker. It leads to further shortness of breath and lesser activity. Over a period of time, one becomes so weak that  he or she is driven to depend on others for daily living.

Some people who suffer from COPD tend to weigh very less compared with what is customary for a good health. People who are  excessively underweight, especially those with emphysema, are likely to die sooner than people with COPD who weigh normally.

Weight loss in such a case may happen due to a combination of reasons, some of which may entail the following:

Since it takes more energy to breath or do any kind of physical activity, more calories will burn. Therefore, whatever is eaten would easily burn in the process, resulting in weight loss.

When the doctor prescribes oral corticosteroids, it results in  loss of a good amount of weight in the body as the medicine  causes an increase in muscle tissue breakdown.

As mentioned earlier, people tend to become depressed during this phase. As a result, they lose appetite. Taking certain medicines can also cause a loss of appetite.

Another effect of COPD is that it causes a decrease in the rate of oxygen flow into the blood. This can keep the body from using the food properly.

Furthermore, poor eating habits can cause weight loss to a great extent. Such cases may include older people who, sometimes out of loneliness, would not eat properly. Poor people would prefer having food enough to cease hunger over filling their stomach at the face of growing food prices.. This   makes weight loss inevitable

It is important to eat right and eat well, which would not only help one gain strength for the work he or she does but also in staying active. Furthermore, even if you don’t feel like eating while you are unwell, you must make sure you include eating well in your routine. This would make the body immune to other diseases and also help one fight lung infections that are common in people with COPD.