Scientists have warned that sudden death can be caused as a result of irregular heartbeat that can be triggered by changes in body’s temperature.

Scientists have warned that sudden death can be caused as a result of irregular heartbeat that can be triggered by changes in body’s temperature. While studying proteins underlying electrical signaling inside heart and subjecting the proteins to conditions that are similar to stress of exercise, the researchers found that temperature causes changes that can cause arrhythmia. 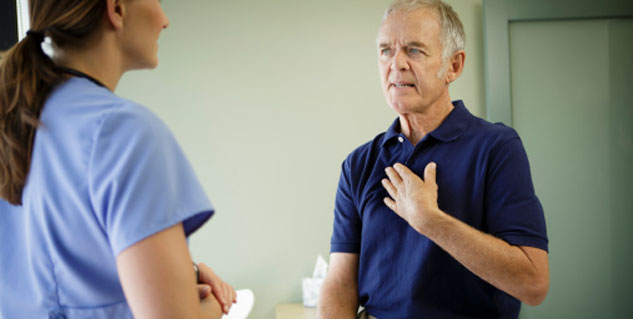 Professor Peter Ruben from the Simon Fraser University at Burnaby in British Columbia found that in some cases, temperature can bring about such changes that can cause arrhythmia.

Ruben’s team found a type of protein that is apparently many times more sensitive to temperature compared with normal conditions. When the normal temperature of the body goes up, such as during exercise, or goes down such as during sleep, the affected protein fails to function appropriately or normally.

The disruption in functioning of protein makes the electrical signal in the heart to become erratic, thus causing arrhythmia and has the potential to cause sudden cardiac arrest.

Keeping this in mind, people can examine the family histories and if sudden cardiac arrest is in fact, part of the family’s history or if someone has suffered unexplained fainting, they can seek medical advice.

When cells in heart muscles contract rhythmically and in an adequately coordinated way, the heart effectively pumps blood all over the body. And when the rhythmic pumping action of the hear gets disrupted, the heart fails to distribute blood.

In some of the more extreme cases, this can cause a sudden cardiac death.

Electrical signals behind muscle contraction have been produced by tiny protein molecules inside the membrane of heart’s cells.

Fluctuations in temperature have been said to modify how protein behave, however, some DNA mutations can make the proteins sensitive to temperature changes.

As a result of electrocardiograms, lifestyle management, genetic screening and tragic deaths caused as a result of cardiac arrhythmia can be easily prevented.