Apple Cider Vinegar Benefits And Side Effects: 5 Common Mistakes To Be Avoided

Apple cider vinegar is beneficial for weight loss and health, but a mistake in its consumption can also cost a great loss to your health. Learn 5 common mistakes while consuming apple cider vinegar that can harm you. 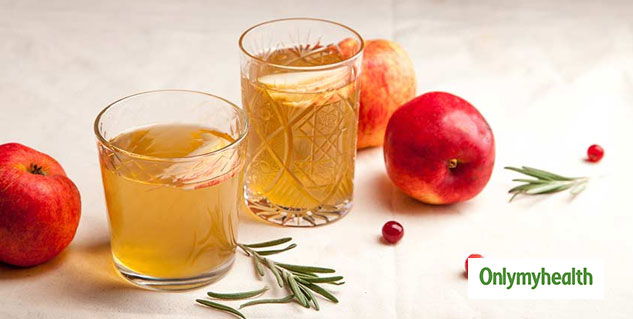 Do not drink apple cider without mixing in water Apple cider vinegar is acidic, hence, one should drink it after adding water (dilution), so that it could nor damage the enamel of your teeth. Never drink it directly from a cup or glass, as it should not come in contact with your teeth. The right way to drink it is with the help of straws (pipes). Also, note that do not brush after drinking the apple cider vinegar (for at least 30 minutes).

Do not drink too much Apple Cider Vinegar

Excess use of apple cider vinegar can be dangerous for health. So drink up to 2 teaspoons a day and that too after dissolving in a glass (300 mg) of water. In the beginning, you should drink less than this.