Age-linked Memory Loss May be Worse for Men

No one likes memory loss, but it is quite unavoidable. With age, a normal healthy person is likely to develop reduced ability to keep memories; the effect is even more significant in men.

You may get angry at your husband when he forgets your birthday or the anniversary but never forgets to watch his favourite sport. Don’t be so mad at him, his forgetfulness might not be his fault entirely. According to a new study almost everyone suffers more or less memory lapses with age and men are more vulnerable to failing memory as compared with women. So considering this observation, men are bound to forget more easily and more frequently than women. However, this effect on the memory appears to be less significant in young age. 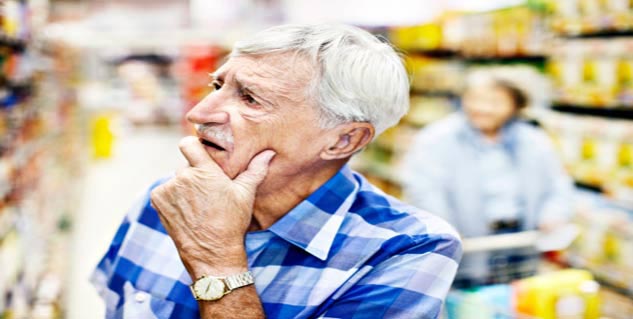 A team of researchers looked at the cognitive functioning of 1,246 men and women between ages 30 to 95 over an eight year period. They reported that memory skills and brain volume typically decline with age in both sexes. But men had poorer memories and lower hippocampal volume than women. Although memory declines with age, the volume of hippocampus, a part of brain which forms and stores memories lessens gradually through the mid 60s but lessens more quickly after that age. Therefore, the memory loss can get more common when people reach 60s.

The researchers were also keen on investigating the carriers of APOE 4, a gene which was found in around 40 percent of late- onset Alzheimer’s patients. The presence of this gene affects the brain and memory and cognitive function at any age. They conducted PET scans and found that carriers of APOE4 scanned positive for amyloid proteins seven years earlier than non-carriers. According to the study, APOE4 carriers did not show much decline in memory or brain volume.

The finding of the study shows that age related declines in memory may not necessarily be due to protein as the declines in the memory were observed, even before the accumulations became apparent in brain scans. Men are associated with worse memory and HVA as compared with women. The causes behind gender difference in volume and memory are not known yet. So, ladies don’t think it’s just your husband who is being so forgetful all the time. Almost all men are experiencing the same problem with increasing age.