Cellphone radiation is real: Here are 5 ways to protect yourself

Cellphone radiation is said to be the first and most commonly cited reasons for different types of cancers. Discover the 5 best ways in which you can keep yourself safe without quiting cellphone usage.

Whether radiation from cellphones is dangerous or not has been in the news for a really long time. The flummoxing data has now come up with enough evidence substantiating the ill-effects of exposure to radiation from cellphones. It is therefore, all the more salient for you to take preventing measures. Here are the top five ways in which you can save yourselves the impending dangers of cellphone radiation.

It has been found that a lot of people exposed to excessive degrees of cellphone radiation tend to develop fatal diseases like leukemia, thyroid cancer, lung cancer, breast cancer and also cancers of several other organs. 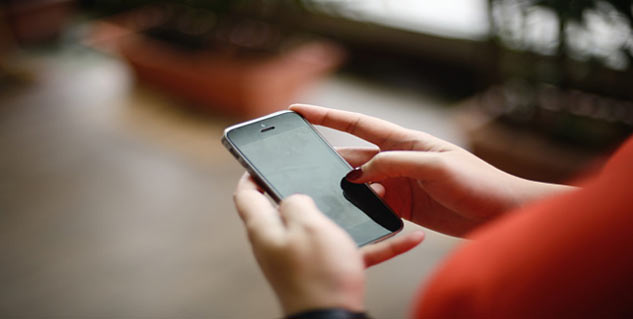 Use a speaker or a Headset

While taking a call, try to not put the phone directly against your ear. Instead, choose a wireless or a wired speaker or headset to take a call. If you choose to go wireless, make sure that you take the instrument out of your ear after the call is disconnected. Put the call on the speaker if you are in a comfortable space.

Hold the phone away from your body

To not find a youngster playing with the phone now-a-days is strange. Keeping the phone very close to the body can make your body susceptible to a lot of damage occurring as a result of exposure to the radiation. Handling the phone at even a small distance from the body dramatically decreases the amount of radiation that is absorbed by the brain and the body.

You’d be wrong to assume that your phone is not sending any radiation when it is not in use. It still sends out intermittent signals so as to connect with the cellphone towers nearby, implying that the radiation exposure is happening continually. If you must keep your phone under your pillow at night, make sure that you either switch it off or put it on airplane mode. Putting the cellphone on “airplane mode” cuts off all the wireless transmissions from the device, thus stopping all the radiation. You can also save battery this way. Make a call when the signal is strong

When you make a call when there are fewer signal bars on the phone’s screen, your phone will have to try harder to broadcast the signal. According to research, radiation exposure increases significantly when the signals of the cellphone are weak.

Whiling away on the phone may be the best way you can pass your time while travelling or when you are drowned in boredom at a restaurant waiting for someone and lack the basic right to luxury. Now that you know the possible effects of cellphone radiation, make sure that you take the right steps to keep yourself safe.